To sustain this free service, we receive affiliate commissions via some of our links. This doesn’t affect rankings. Our review process.

Some dog breeds are at a high risk of inheriting a genetic disorder, called von Willebrand’s disease (vWD), that causes their blood to not clot normally. If you’re familiar with hemophilia in humans, von Willebrand’s disease is a similar condition that affects dogs and humans. This bleeding disorder in dogs can range from mild to life-threatening, so it’s important to know if your dog has this disease — especially before she gets severely injured or needs surgery.

What Is Von Willebrand’s Disease In Dogs? 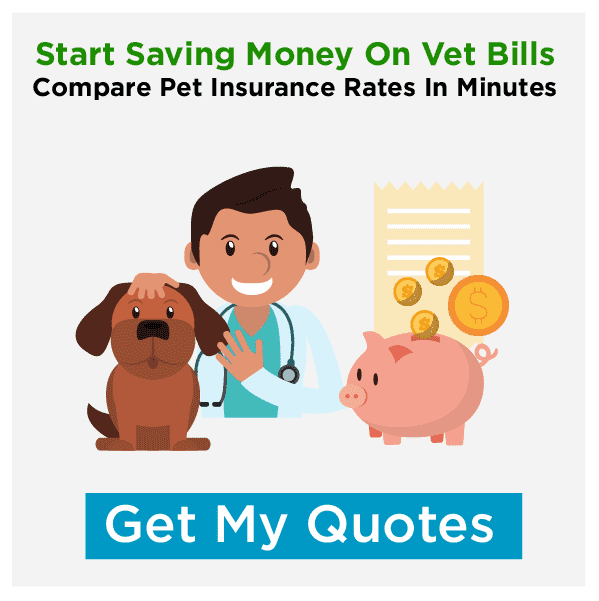 Von Willebrand’s disease (vWD) is the most common inherited bleeding disorder in dogs (and humans). In vWD, the body doesn’t produce enough special proteins, called von Willebrand factor (vWF), that are instrumental in helping platelets stick together and form a blood clot. This clotting disorder results in excessive bleeding, which could be life-threatening without medical intervention for some dogs.

The disease has three forms (Types 1, 2, and 3). Type 1 von Willebrand’s disease is typically less severe than Types 2 and 3; however, it can still cause serious bleeding problems. Both male and female dogs can develop the disease or be carriers of the genetic mutation.

Which Breeds Are Predisposed To VWD?

Nearly 30 different breeds have presented with von Willebrand’s disease, but the Doberman Pinscher has a much higher incidence than other breeds — up to 70% carry the trait or have the disease. Fortunately, Dobermans inherit the mildest form of vWD. Also noteworthy, up to 30% of Scottish Terriers and Shetland Sheepdogs can be affected. Below are some of the most common breeds prone to vWD and the types they can inherit. 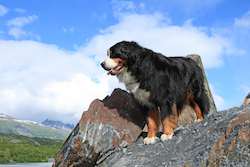 In Type 1 von Willebrand’s disease, all the necessary proteins that form von Willebrand factor are present but in low levels. This type usually causes mild increased bleeding, although some dogs may exhibit more severe signs. Some common breeds most affected include: 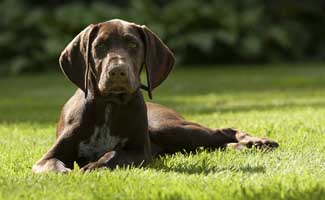 In Type 2, not all of the proteins that form von Willebrand factor are present, causing moderate to severe bleeding tendencies.

Type 2 vWD is usually seen in: 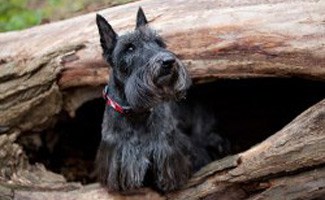 Type 3 is the most severe form of vWD because the von Willebrand factor is completely absent or only has trace amounts of proteins. It most commonly affects:

If you’re concerned that your dog may have vWD, doing a DNA test on your dog can shed light on whether she has this blood-clotting disease or is a carrier of the genetic mutation. You can ask your veterinarian’s office whether they do this type of genetic testing. Or you can test at home. We recommend several at-home DNA test kits that can identify all three types of vWD: EasyDNA, Embark, and Wisdom Panel. See our reviews of the best dog DNA tests to see how these companies compare and what else you can learn about your dog through a DNA test.

Many dogs with Type 1 vWD never show signs or have very mild bleeding tendencies. More severe signs and symptoms of von Willebrand’s disease in dogs include:

What Are Other Risks Associated With VWD?

In addition to excessive bleeding after an injury or surgery, other conditions, such as certain infections or endocrine disorders, can exacerbate bleeding in dogs with vWD. Also, some medications can interfere with the clotting process, posing a greater risk for vWD-affected dogs. These include:

In many cases, von Willebrand’s disease in dogs isn’t diagnosed until pre-surgery evaluations by a veterinarian. If your vet thinks your dog may be at risk of having vWD, he may take a blood sample to measure the concentration of von Willebrand factor.

Another screening test commonly performed just before surgery is the buccal mucosal bleeding time (BMBT) test, which measures a dog’s ability to form a small clot. Once the dog is under anesthesia, the surgeon makes a small incision inside the lip and measures the time it takes for the blood to clot. If the blood takes too long to clot, vWD is suspected.

Unfortunately, there are no medications or alternative therapies that can permanently boost a dog’s production of von Willebrand factor. If your dog has vWD, bleeding from minor wounds can be controlled using bandages, wound glue, or sutures. Treatment of a severe bleeding incident usually requires a blood or plasma transfusion to stabilize the dog.

vWD-affected dogs undergoing surgery are typically treated with a transfusion of blood or plasma to increase the amount of von Willebrand factor in their system. The surgeon may also administer a synthetic hormone called desmopressin acetate (DDAVP) to temporarily increase the level of von Willebrand factor. However, DDAVP only works for dogs with Type 1 vWD, and it’s not effective for all dogs with Type 1.

Dogs with von Willebrand’s disease or carriers of the genetic mutation should not be bred. The most reputable dog breeders will screen their dogs for vWD before breeding to ensure the disease doesn’t pass on to offspring. If you’re considering getting a purebred dog, especially one of the at-risk breeds, make sure you discuss the breeder’s genetic screening practices for vWD and any other breed-specific hereditary conditions.

Sally has been a writer and copy editor for Canine Journal for many years. She has 25+ years of professional writing and editing experience. She also has years of experience in public relations, marketing, and fundraising communications, specializing in health care communications. Her past work history and major freelance clients include the UVA Health System, the VCU Health System, the MCV Foundation, and various local and regional publications.

Sally holds a BA in English from James Madison University and began her writing career as a graduate student at the UNC-Chapel Hill School of Journalism & Mass Communications. She’s been researching and writing about dogs for Canine Journal since 2015, specializing in dog health articles. But she also has written extensively about dog accessories, pet insurance, training, and many other dog subjects. Her work has appeared in several notable media outlets, including The Washington Post, Entrepreneur, People, Forbes, Huffington Post, and more.

Sally has never lived in a home without pets. Now, she and her two daughters, who live in the foothills of the Blue Ridge Mountains in Virginia, are proud pet parents of all rescued pets (one dog and four cats). If they had room, there would be many more! They can’t imagine life without a home full of their fun and loving furry companions.

Disclaimer: This website contains reviews, opinions and information regarding products and services manufactured or provided by third parties. We are not responsible in any way for such products and services, and nothing contained here should be construed as a guarantee of the functionality, utility, safety or reliability of any product or services reviewed or discussed. Please follow the directions provided by the manufacturer or service provider when using any product or service reviewed or discussed on this website.

Disclaimer: The information provided through this website should not be used for diagnosing or treating a health problem or a disease. It is not a substitute for professional care. If you have or suspect you may have a health problem, you should consult your health care provider.

This article was originally published by Caninejournal.com. Read the original article here.