Are you adopting a brindle colored dog and want a great name based on that unique coloration? It’s not unusual to name a dog based on the color of his hair but brindle names are a bit harder to imagine. We’ve got a few for you to investigate but first, what is brindle? 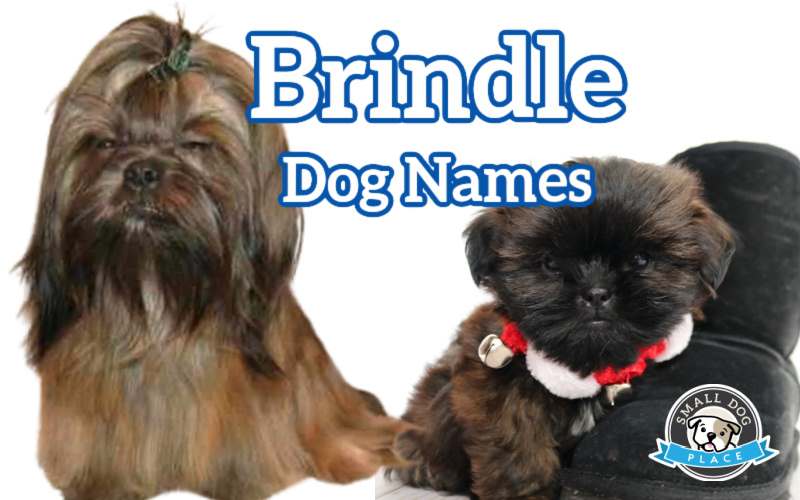 What is the Brindle Color?

Brindle dogs have a unique pattern of striping that can range from very dark, to red, to tan colored and is common in many different dog breeds.

Small Dogs That Can Be Brindle

You probably think of the bulldog or greyhound when brindle comes to mind, but there are many small breed dogs that can also be brindle. 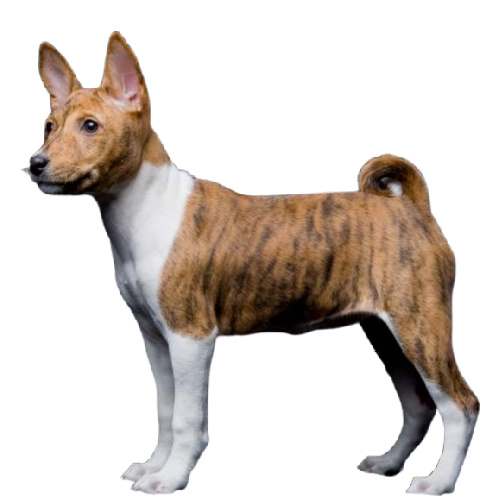 Of course, small dogs are not the only breeds that can have that unique genetic makeup that causes their hair to be brindle. 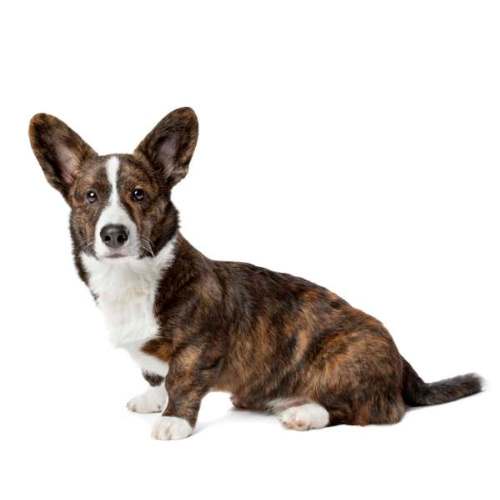 How Does Brindle Affect Personality and Health?

There is no need to worry if brindle dogs are healthy. They are no more or no less healthy than any other colored dog. The same is true of personality.

There does not seem to be any correlation between personality traits and the genetics that creates brindling.

The Color Brindle In the Animal Kingdom

Since brindle is a coat color, the only creatures in the animal kingdom that can have the genes necessary for the brindle color are mammals.

Dogs are not the only mammals with brindle colors in their fur. This color is also seen in cats, rabbits, cattle and horses, even guinea pigs. There is also a brindle-colored Blue Wildebeest.

Brindle Dog Names Based on the Brindle Appearance 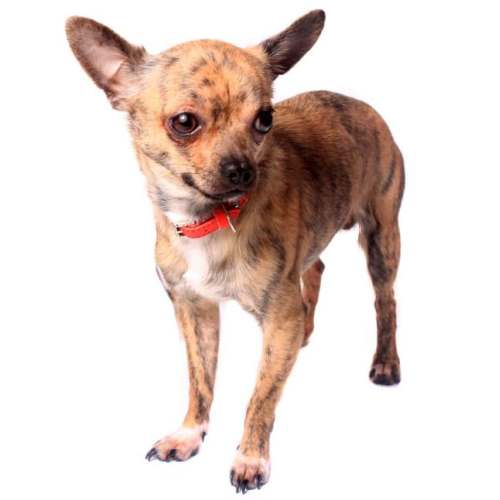 Look up brindle, and you’re likely to see words such as dappled, streaked, or mottled. Let’s turn them into dog names.

Buckskin – a coat color of horses which resembles shades of tanned deerskin.

Camo – As in camouflage

Fleck – Does your brindle dog have flecks of color in her hair?

Flecker – Some brindles look like they have flecks of color

Marble – The pattern also has a marbled effect.

Patches – One way to look at the brindle color

Pebbles – The brindle pattern can also look a bit like pebbles. (How cute is this name?)

Pinto – as in a Pinto horse; They are not brindle colored but do have more than one colored patches on their hair. Pinto beans have a striped appearance.

Pixel – From technology, adding individual dots of color to create a whole image

Brindle Dog Names Based on the Colors Involved 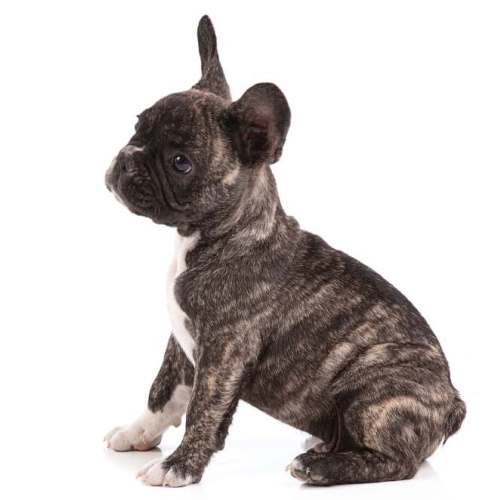 Charcoal – When the Brindle color is very dark

Flame – When the coat is a rich red brindle

Inky – Many brindle coats are very dark with black the predominant color.

Slate – Another good name when the brindle is very dark

Smoke- When there are dark grey or black tones

Storm or Stormy – when there are grey tones in the coat

Tawny – Meaning an orange, brown color which is typical of some brindle dogs

Walnut – When brown shows through the dark streaks, Walnut might be the name you choose

Jack –the bulldog featured in the Little House on the Prairie by Laura Ingalls Wilder. Jack was brindle.

Maru – a tabby from Japan; and once held the Guinness World Record for the most-watched animal on YouTube

Ocicat – a breed of cats that have similar colorations as brindle

Orangey – an orange tabby who starred in the 1961 film, Breakfast at Tiffany’s, He had a type of brindle coat.

Tabby – a term used to describe a cat color that was originally referred to as a striped silk taffeta. It also resembles the brindle color in dogs.

Tiger – the stripes on a tiger could be considered one type of brindling.

Tortoise – Think of the beautiful coloration on a turtle’s shell. Also a great name for a slow dog.

Rules for Choosing a Dog Name 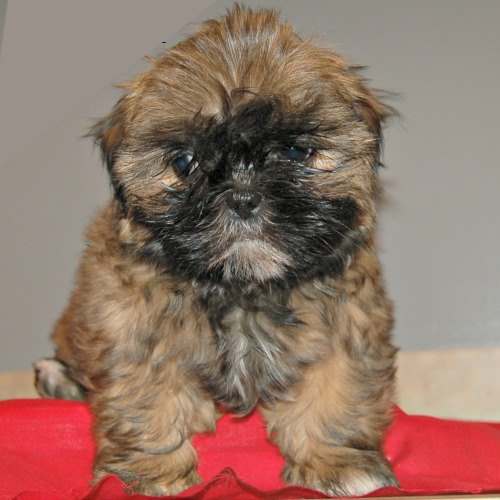 It is so much fun naming your new dog, but keep these tips in mind for the best name for your new puppy.

What Causes the Brindle Color?

This next part is for all you geeks out there who are curious about the genetics behind the brindle color. Warning, it’s a bit more complicated than your high school biology version of genetics.

In many breeds, brindling usually appears as black stripes on a lighter orange-red background. Think tiger stripes.
Another type is when the background is darker and the lighter color shows up on top. Other breeds show up as a more grey or blue looking color.

Sometimes a brindle dog coat color with black pigment can appear with silver-like stripes on a creamy background.

But, the extent of brindling also depends on the A locus which will affect the appearance of the brindle. Remember all brindle colors are not the same.

Brindle plus AyAy (sable) – dog will be solid brindle

Brindle + awaw (agouti/wolf grey) – effect on dog is unclear as these genes rarely occur together, but the brindle would likely appear broken and patchy

If the A locus is aa (recessive black), the dog will appear solid black but will still be able to produce brindle-colored pups. 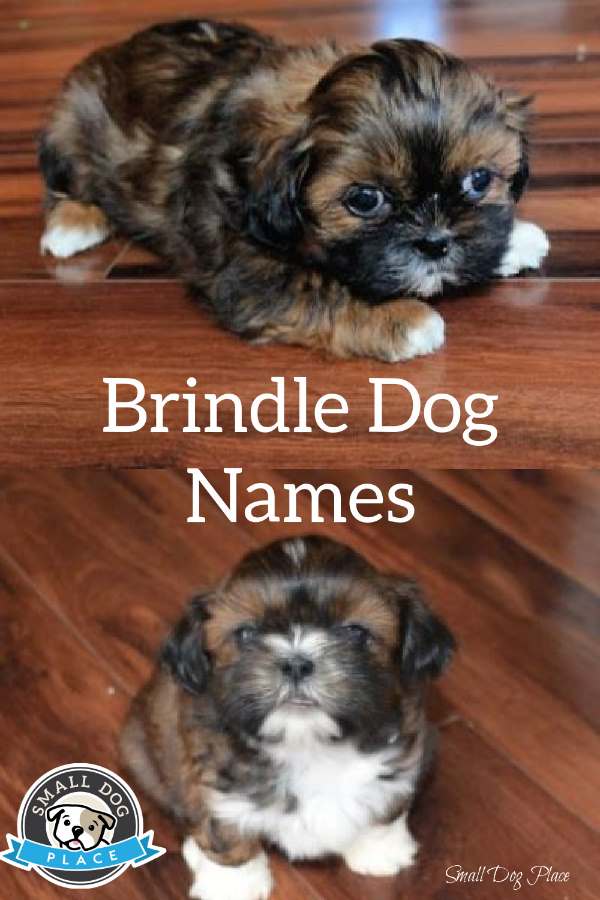 amyhttps://bastionua.com
Previous articleDec 8, Ultimate Dog Names Resource: Index to All Dog and Puppy Names
Next articleDec 8, City Dog Training: Tips to Train Your Dog When You Live in the City